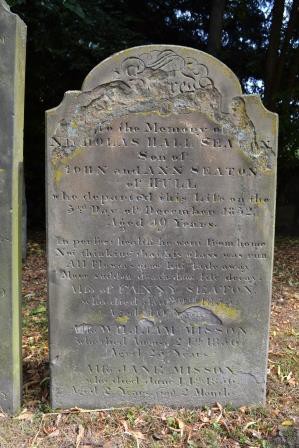 Why is it that I always get caught out when I’m doing something slightly unusual?  Other people get away with doing all sorts of things but I don’t, I get caught. One very large primary school party has found me lying on the floor of a local church, my arms seemingly stretched towards heaven, as I tried to take a photograph of the ceiling and now I’ve been seen hopping around the graveyard of All Saints Church in Maidstone.

In my defence, my ungainly jumping routine is down to the fact that I don’t like to tread on the dead but even I have to admit it looks quite batty.  On this occasion though, my embarrassment was worth it as I came across this headstone for Nicholas Hall Seaton, a young man of 19, who died on 3rd December 1852.  Sadly, death at a young age during the 19th century was not uncommon but I get the feeling his circumstances may have been a little different due to his inscription:

‘In perfect health he went from home, not thinking that his glass was run.

All flowers grow but fade away, more sudden death does life decay.’

Was it an accident or even something more sinister that caused his death that day? I’ll probably never know but I feel there’s a story there waiting to be told.

The added inscriptions for Fanny Seaton, William Misson and Jane Misson, aged 40, 25 and 2 ½ show that this poor family was no stranger to loss and I’m deeply touched by their tale. But, more than that, I have also been given a reminder that, for far too many, life is too short. So, even if I have to endure many more embarrassing moments, I’m not going to stop doing something I love.

How about you? Have you ever been caught doing something strange in the name of research? 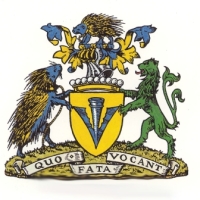 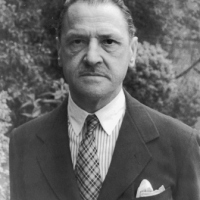